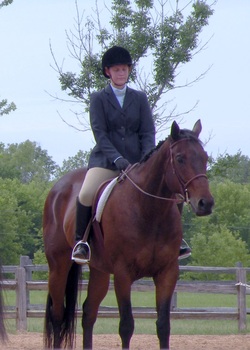 Dante and I at Apline Farms Humane Society Horse Show
I have been collecting model horses since I was like, little. My first horse was an Indian Walking Pony, I still have it. In 2008 I started photo showing and things took off from there. I went to my first live show in 2009, where I got my first placing and NAN card. It was amazing. In 2010, I had 2 horses win Champion of their breed divisions and one of them took Reserve Grand Champion!!

After completing my degree in Equine Science, I moved from Minnesota to Ohio. I spent a little over a year and a half learning Dressage, teaching lessons, training horses and showing. In the spring of 2016, I returned to Minnesota to find a new path in life. After about a year I found the passion for model horses again.

I currently show at any local show I can, with plans to attend Breyerfest and NAN in the future. It has always been a goal of mine to show at both and I plan on making that goal a reality. I show mostly Micro Resins and a few of my favorite Stablemates.  I also make Stablemate scale props, focusing mostly on jumps. 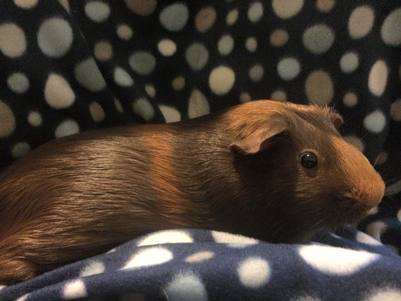 Penny the Guinea Pig!! She is super sassy, loves to cuddle and never lets me forget that she's the boss. <3